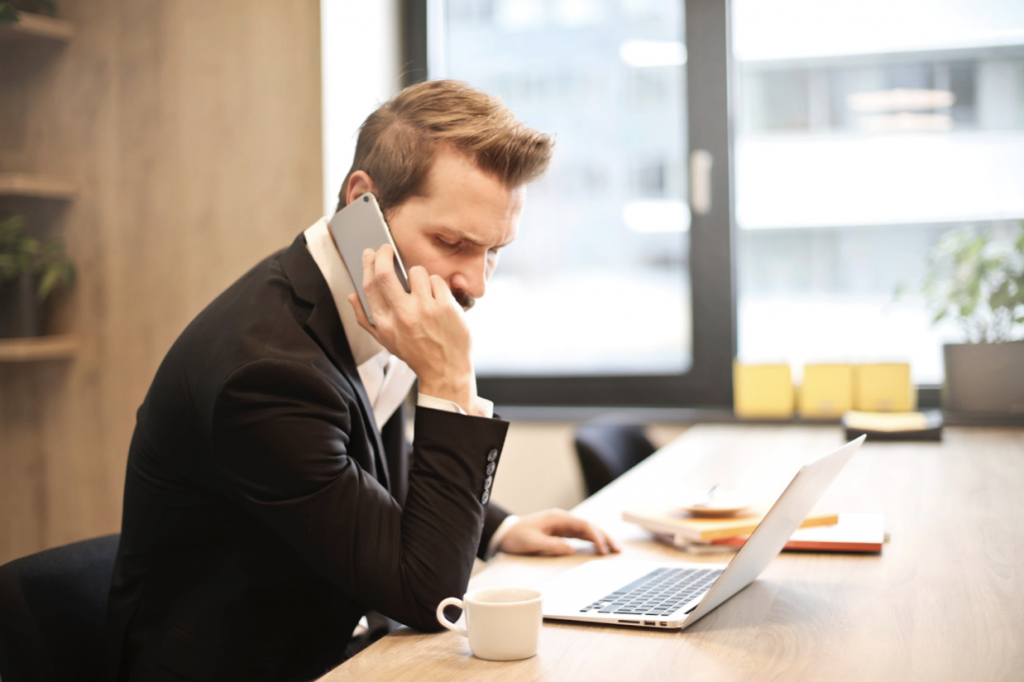 You check the caller I.D. and sure enough, it’s a lead from your recent AdWords campaign.

Unfortunately, you’re in the middle of a meeting, having dinner with your family, or desperate for a quick bathroom break.

You let it ring and try to hurry through whatever it is you’re doing.

30 Minutes later or a few hours later, you return the person’s call.

1. 59% of Marketers Believe Inbound Leads Have a Better Close Rate than Outbound Leads – Only 16% Believe the Opposite (Source)

Inbound leads – prospects that find you – have a much higher close rate than their outbound counterparts.

And that’s for obvious reasons. People who come looking for you are often far more motivated than those that you hunt. Unfortunately when the phone rings, you can’t know which is which. That’s why answering the phone quickly, every time, is vital to running a successful real estate business.

2. Salespeople who Follow Up with Leads within 60 Minutes are 7 Times Likelier to Have a Meaningful Conversation with the Prospect (Source)

3. In a Survey of 433 Businesses, Only 7% Responded to Leads within the First 5 Minutes (Source)

Okay – you know that responding to incoming leads quickly is vital to closing those leads and having meaningful conversations. But how is your competition performing?

In a word, terribly.

Only 7% of salespeople respond to incoming leads within the first 5 minutes, meaning there’s a massive wealth of opportunity for you to snag by outperforming those underperformers.

4. Only 37% of Salespeople Respond to Prospects within an Hour – and 23% Never Respond at All (Source)

Want to beat your competition? Answering the phone when it rings is a great place to start.

5. 41% of Salespeople Count their Phone as their Most Effective Selling Tool (Source)

Leads want you to pick up the phone when they call you. That’s why they’re calling you, after all – because they have questions about your service and they are at least considering working with you.

That’s probably why over 40% of salespeople count a ringing phone as their best friend.

6. The Chance of Qualifying a Lead Drops 21 Times if the Salesperson Responds in 30 Minutes Instead of 5 Minutes (Source)

The phone rings but you’re in the middle of something – a quick bathroom break, dinner time, or coffee with a friend.

You call the lead back 30 minutes later. While that isn’t as bad as some of your competitors, the truth remains: your chance of qualifying that lead dropped 21 times in 25 minutes.

For that reason, at Call Porter – with the use of our Call Porter Instant Leads Service – we receive notifications the moment a lead opts-in to your website form and contact them in an average of just 30 seconds (schedule a demo to learn more).

Have you ever called a company only to receive their voice message system – or worse yet, an endless ring tone?

Of course you have.

And, as you well know, that left a terrible first impression. Fortunately, answering the phone when it rings can leave an equally positive impression, creating healthy word-of-mouth that drives about 5 times (or even 100 times) more sales.

8. 85% of Prospects and Customers aren’t Pleased with their On-the-phone Experience (Source)

It’s no secret that a general dissatisfaction with salespeople and phone calls plagues your prospect’s expectations – even if they are calling you.

In the end, 85% of them aren’t satisfied with their past on-the-phone experiences.

That sets a low expectation. Which means that impressing your prospects and surpassing those expectations (by answering the phone when it rings, for instance) is easier than ever before.

9. A Lead that Opted in on a Website is 100x More Likely to Answer the Phone if Called within the First 5 Minutes (Source)

Answering the phone is critical to sales success as shown by the other stats in this article. But so too is calling leads within just five minutes that opted in on your website.

Do that and you’re 100 times more likely to connect with someone on the other end.

You don’t have the time to answer every call that comes in when it comes in. The phone rings at all times of day and you’re busy trying to build a business. That’s reasonable. But it’s also why the most successful companies automate their sales process rather than micro-managing it.

At Call Porter, we help people just like you do exactly that for half of what you’d pay to delegate it yourself (schedule a demo to learn more).

Answering the phone when the phone rings is as inconvenient as it is profitable. It always seems to ring at the worst possible time and that’s why the average salesperson takes 46 hours and 53 minutes to call a lead back…

…wasting an estimated 71% of those same leads in the process.

Point is, answering your phone when it rings is not a business burden that your company can afford to do away with.

Still, stats are one thing; reality is another.

Which is why, at Call Porter, we help some of the most successful real estate investors around the nation answer the phone when it rings, so they can finish dinner, close out their meeting, or even have a peaceful bathroom break when nature calls…

…all while knowing their marketing leads are being handled by a high-performing salesperson.

We’d love to help you do the same thing by following up with your leads in under 60 seconds (using our Call Porter Instant Leads service) and by answering the phone when it rings. Schedule a demo today to find out more about how we help high-performing investors automate their sales process and how we can help you too.