You’re no rookie to selling…

You’re not new to convincing motivated sellers and their slightly less motivated kin to work with you.

But you also only have so many hours in the day for answering phone calls and trying to convert those leads into customers as your business grows and your phone rings at increasingly inconvenient times of day.

That’s why systematizing your lead follow-up and sales-call approach is so important – to make yourself more efficient and those you hire.

So to help you, I’ve put together this list of 3 psychology-backed questions that should be asked on every motivated seller call. Here they are.

It’s no secret that people work with people that they like.

And one of the fastest ways to make prospects like you (even if they’ve never met you) is by starting the phone call with a question that has nothing to do with the sale.

(or so the prospect thinks)

Because only 3% of people trust salespeople – they assume that you’re going to try and make a quick sale the moment that they hop on a call with you.

And by not trying to convert them immediately, you build trust and crush negative expectations.

Here’s how Hubspot aptly explains the psychology behind this…

“Humans naturally fear the unknown. This helped us from not getting eaten by a range of scary, sharp-toothed animals when we were still hunters and gatherers. Is that bush rustling in a menacing way? Maybe we should approach it slowly instead of running up to it yelling loudly with a stick …

Today, our chances of being devoured by a lion have greatly decreased, but our odds of being screwed over by a vendor have not.”

And thus, your prospect doesn’t naturally trust (or like) you until you’ve made yourself likeable with un-salesy questions such as the one above.

How is it living in California? It’s pretty hot out there, isn’t it?

How is it living in New York? It’s pretty busy out there, isn’t it?

How is it living in Texas? It’s pretty dry out there, isn’t it?

How is it living in Oregon? It’s pretty cold there, isn’t it?

Question #2: What’s your Reason for Wanting to Sell your Home?

Well, to a point.

Extensive research by Gong found that asking between 11 and 14 questions on a sales call delivered the best results. 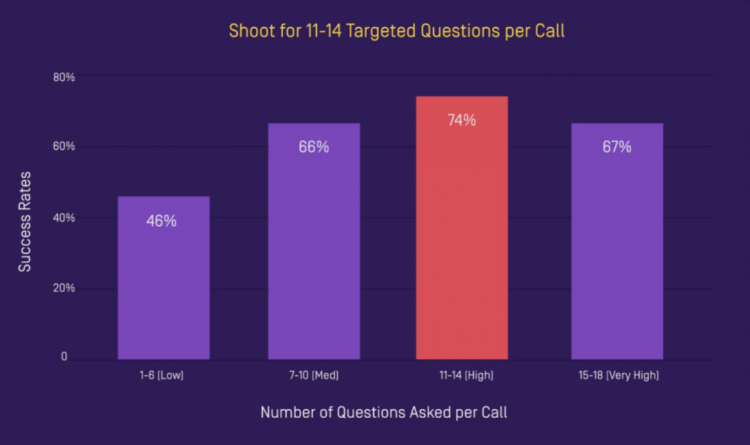 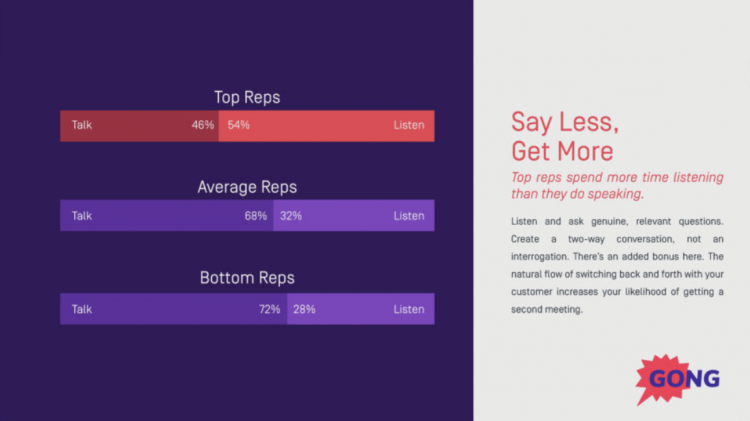 And questions like “What’s your reason for wanting to sell your home?” don’t just increase the motivated seller’s wordcount, it gives you (the salesperson) an idea of how qualified the prospect is and gives the prospect a chance to revisit the reason that they called you in the first place – all good things for gently guiding a sales call in the right direction.

Plus, if you don’t understand why the prospect called you, then your chances of closing or qualifying them is about as good as getting an energy boost from a decaf cup of coffee.

Question #3: If you don’t Mind me Asking, How is that Situation Affecting you Personally?

Once you’ve established trust and rapport with your prospect (via questions #1 and #2), then it’s time to gently remind the motivated seller of the pain that their situation is causing them.

This can be a delicate question to ask, though, depending on the situation. So adjust the wording to fit the prospect and what they’re going through.

However you say it, you do need to remind people – or rather, help them remind themselves – of why they need to sell their home fast and how that will benefit them.

As Gong’s research explains, salespeople that discussed 3 or 4 problems on a sales call had a significantly higher success rate. 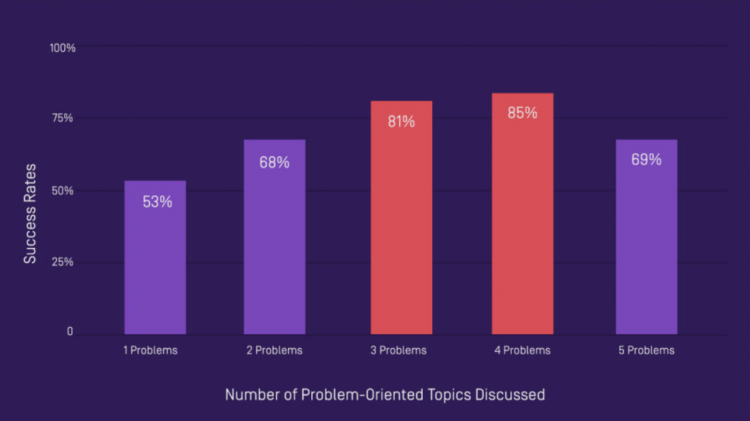 Well, here’s how the researchers put it:

“The most successful salespeople tend to dive deeply into 3-4 customer problems, and then wrap up logistics and next steps at the end.

Why not more? Why not less?

One can only guess.

But my hypothesis is that less than that, and you don’t have a buyer in enough pain.

More than that, and they have too many priorities going on at once to make any headway with you.”

But the last thing you want is to hurry through those sales calls (hurting your close rate) or – worse yet – miss them altogether.

It makes sense why research by Velocify found high-performing sales teams are twice as likely to describe their sales process as “automated” than under-performing teams are.

Sales automation doesn’t just save you time. It saves – or rather, makes – you money. It helps you build a sustainable and enjoyable business – one where you aren’t a slave to your ringing phone during dinner with your family.

At Call Porter, we help real estate investors all around the nation (just like you) automate their sales processes and build the businesses that they’ve been wanting to build all along.

You can schedule a demo to find out exactly how we do it.

And use the above questions in the meantime to close more deals and make the most of the time you do have!